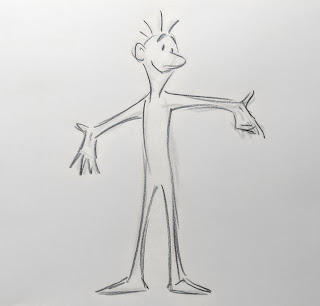 There was a cycle scene of a man in an innertube in THE CHIPMUNK ADVENTURE,, the man was floating in a pool ( I animated the water in the pool, that worked fine) The animated man was in swimming trunks, and shirtless,,, His body and the inner tube were on a cycle that looped many times as he sat in the pool, in the innertube.

On film, in color... in the man's chest,,, one of his nipples popped off in the looping cycle. It was not drawn nor was it painted on some of the looping frames.

It drew attention to his nipple like a blinking light.
It was hilarious to watch the popping nipple,,, but disastrous to the schedule and budget,,, because the entire scene needed to be RESHOT ( it was on FILM,,, not a digital fix back then)

Always always give your self time for a final roll thru of your scenes,,, and put on the mind and the eye for anything that needs corrections before you call a scene FINAL.

If checkers keep coming back to the same person for fixes,,,, it does get noticed by production managers.. and it will hurt you in the long run,

SO work ROUGH at the start when posing your animation, to capture energy and emotion and action.

BE very careful at the end of production to catch all the " fiddle-dee bits" that need your scrutiny and attention.

I want to point out.. My first HYBRID work
People talk about HYBRID animation as if it was invented recently.. but here is a HYBRID commercial for Prudential Insurance: that I animated 2d  water effects  for  in 1987.
The drawn effects were composited into
the Computer Generated animation elements at Digital Omnibus Abel ( DOA)  ( did I mention, this was way back in 1987.)
The CG was done on a CRAY computer , so big it filled up a room.
Thank you Chris Casady for the work! ( subcontracted thru " RotoFX of America"
( ! ) The 2d effects were created on PAPER. ( !)  Kathleen Quaife
\ https://youtu.be/w1uON_mteag

https://youtu.be/_KnC-LbuIuY  What I do most days in class now,,( some time lapse of class life drawing demos ) 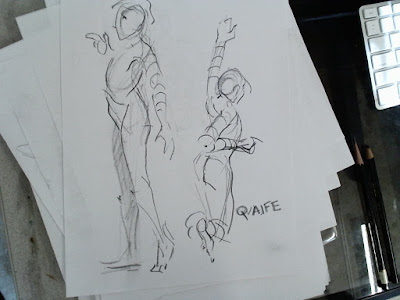 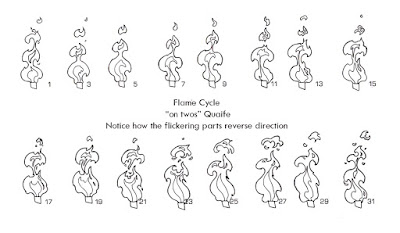 Nice somebody edited our effects animation in a clip here Animation for Perpetual Motion studio of Pacoima CA ,, One summer sweating in a wharehouse in beautiful Pacoima animating with Mauro Maressa Craig Clark, Kevin Kutchaverr, afew others too... we sure had fun Kathleen Quaife


I did not meet Keanu on that production. BUT
I did have an opportunity to see him up close and personal while browsing in a bookstore here in LA. He was in the store with Ellen DeGeneres, just browsing like ordinary folks .. browsing in a used bookstore.
I tried to be very non-chalant.. after all,,,here in Hollywood, one day you might see Steve Tyler from Aerosmith in the local CVS and the next day sit down next to George Takei in a deli .. or run into Jodi Foster hiking on your favorite local hiking trail in the Santa Monica Mountains ...( All those things have happened to me) so it's part of the " culture" to see celebrities out and about. But seeing Keanu up close,,, gave me a special kind of fan moment.
Sadly, Dutton's Bookstore has closed.. But it was a good bookstore for browsing . I am sure I was in the Animation and Entertainment Arts section. here is a little article about Duttons Bookstore.. and its' proprietor Dave Dutton ( https://www.lamag.com/longform/remembering-dave-dutton-and-duttons-books/
Posted by Kathleen Quaife at Wednesday, September 11, 2019 0 comments

Back in the day I animated the fire, smoke and pixie dust, plus tone effects for this 50 year anniversary special featuring Chernobog, Mickey Mouse, Tinker Bell and Michel Eisnerhttps://youtu.be/d4TuB_cNIaY for the full intro. I actually never thought I would see this again. Kathleen Quaife

Reposting some of my fire loops. 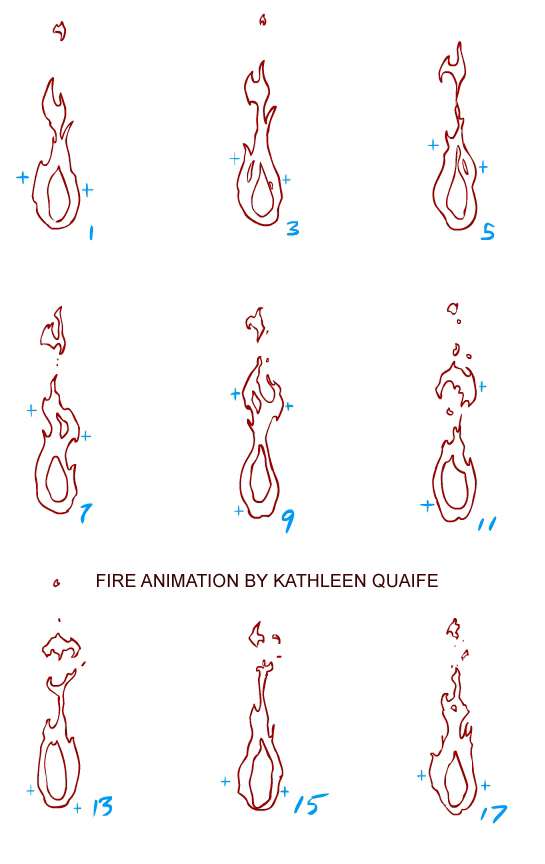 Looking for some effects?

Kathleen Quaife
Los Angeles, CA, United States
"If you shoot an arrow and it goes real high... well good for you." I'm an artist, an animator, a student and a teacher, sharing what I've learned with anyone who wants to take the time to inquire